Pulp and paper sector capital projects have lost their competitive edge in the areas of cost and schedule performance over the last decade. These downward capital project performance trends should give the sector’s business and project organization leaders pause.

Ten years ago, just as the Global Financial Crisis hit, pulp and paper companies were largely successful at delivering cost competitive and schedule advantaged capital projects, including the construction of paper mills and facility upgrades. But market demand has changed. Graphics paper consumption has declined while demand for paper-based products used by online retailers for packaging and deliveries has increased substantially. Demand for hygienic goods to meet the needs of growing world populations has risen also. Meanwhile, companies across the pulp and paper sector have been consolidating. Even as the pulp and paper landscape has changed, apparently so too have companies’ abilities, or commitments, to implement Best Practices in capital project preparation and execution.

Understanding the drivers of performance difficulties and implementing IPA data-derived Best Practices in capital project preparation and execution are crucial to mill operation improvement. IPA recently examined pulp and paper sector project data to better understand what is driving the declining project trends. IPA used data from its proprietary database of 20,000 capital projects collected over the last 30 years, including data on more than 500 projects executed by 18 different pulp and paper sector companies, for its research. All project types are represented in the database—greenfield, colocated, revamp, expansion, and add-on—ranging in cost from less than $1 million to more than $1 billion. 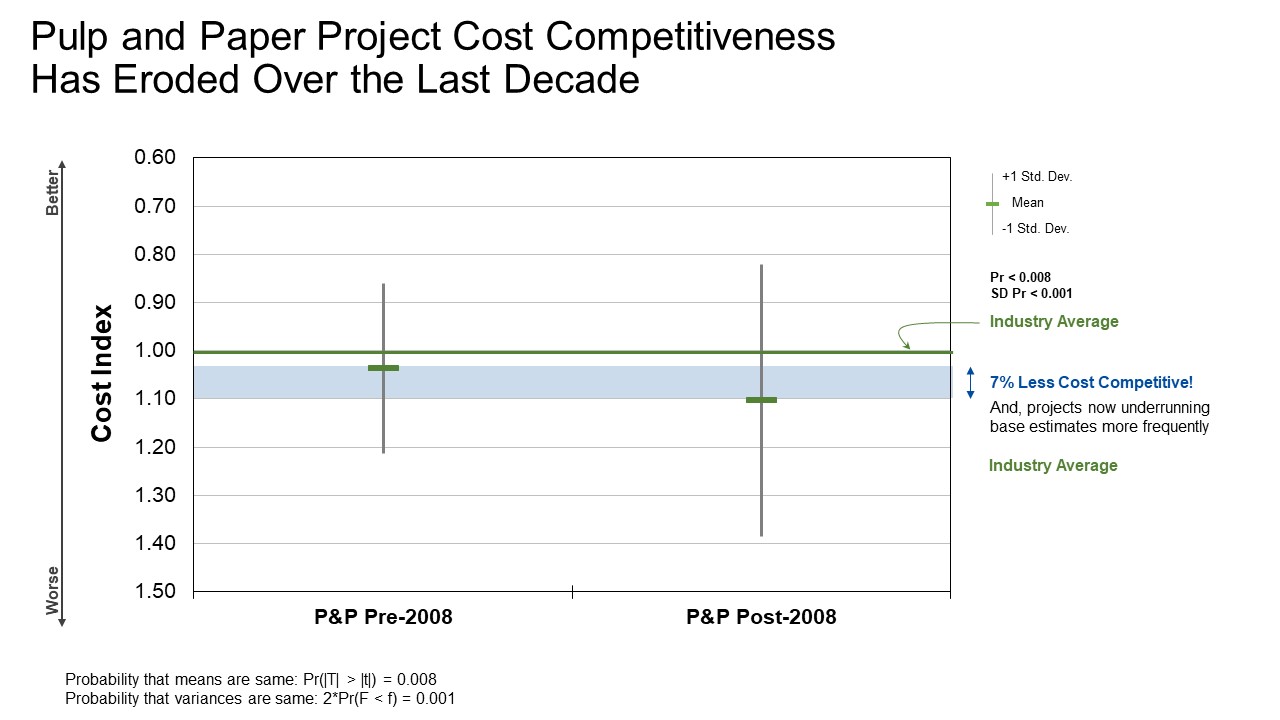 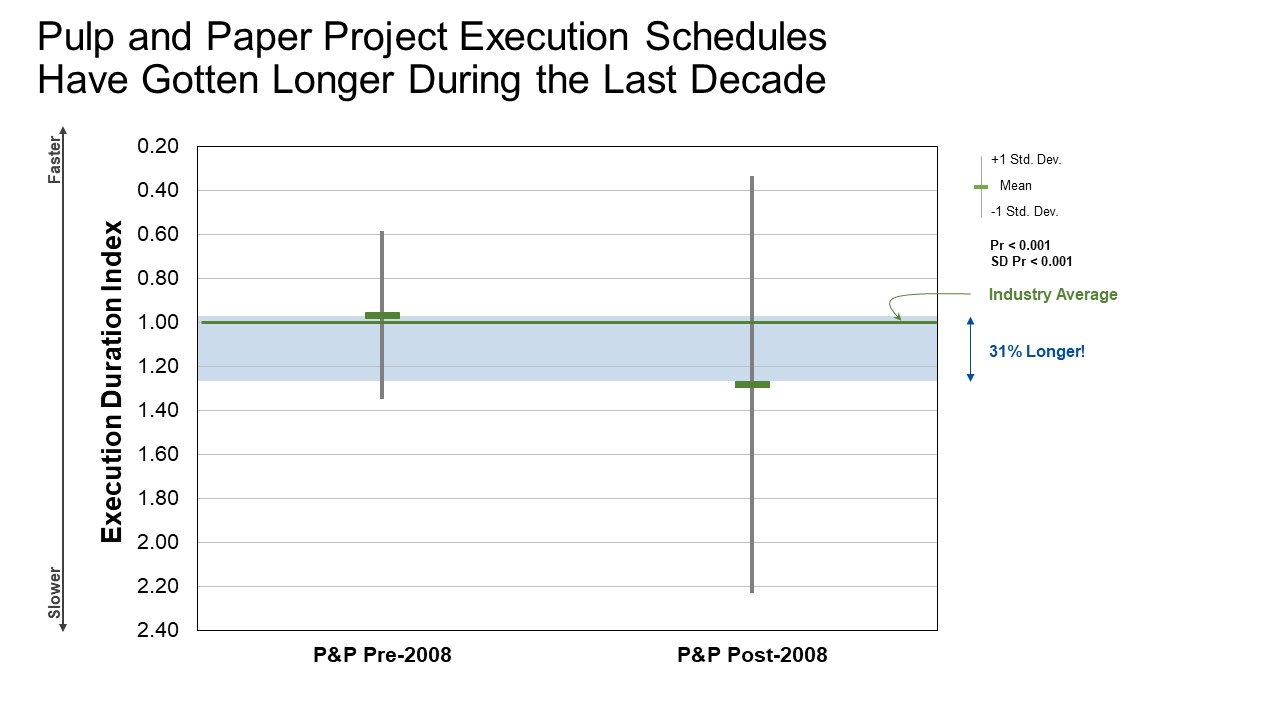 The graphs clearly show the decline in average cost and schedule performance in the past decade. Another key takeaway from these graphs is the recent projects’ increase in variability. Increased variability means that while some projects have competitive costs or schedule outcomes, poor performing outliers skew the average. These bad actors fall far short of the intended return on investment.

So what happened? Why has the pulp and paper sector’s average performance at delivering cost competitive and schedule advantaged capital projects floundered over the last decade? IPA found two drivers of these performance declines: (1) turnover of key project personnel, including the project manager, lead engineering, and construction manager roles and (2) diminishing use of proven project control methods. Let us first examine turnover of experienced project personnel in key functions.

Recent IPA research finds that turnover is a growing concern in this era of inexperienced project personnel. Historically, the pulp and paper sector has maintained a competitive advantage in this key metric, demonstrating a lower turnover rate. But the industry has given up this advantage. IPA research determined that turnover across all processing industries adds an average of 3 percent cost growth to pulp and paper sector projects.2 However, the effect is even more marked for pulp and paper sector projects completed in the last decade. The cost of projects grows by an average of 5 percent when teams have turnover.

Another notable area business leaders and project professionals in the sector should pay extra attention to during the project development process is late changes. As part of its project evaluations, IPA measures late changes—deviations from the planned configuration of a project that occur after authorization. The rate of changes has increased over time, with the average number of late changes per project more than doubling in the last decade.