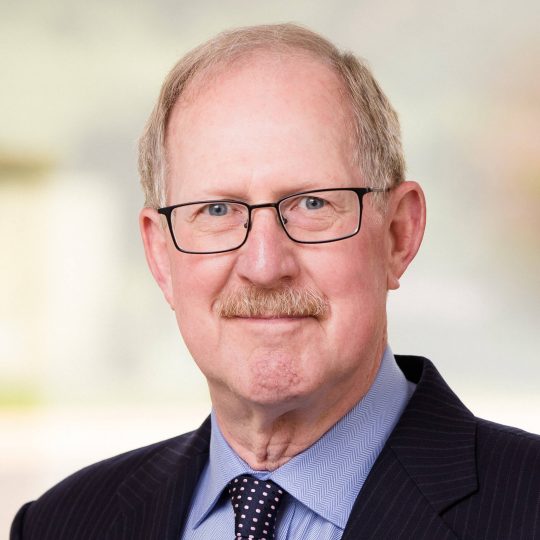 Ed Merrow, Founder and President of Independent Project Analysis, Inc. (IPA), is a leading authority on the development and execution of large and complex projects. Ed’s knowledge of how to develop more effective capital projects is sought out by Fortune 500 company executives and project professionals worldwide. His expertise in megaprojects is built on decades of research on the unique challenges of these complex investments. Ed’s studies are motivated by the need to understand the sources of success and failure in megaprojects and to identify the things that can drive success.

In his widely cited book, Industrial Megaprojects (John Wiley & Sons, April 2011), Ed isolated the approaches and practices that drive success in the most difficult of projects. In his new book, he and co-author Neeraj Nandurdikar explore why sound practices are so often not followed in complex projects. The answer is to be found in the human side of major projects and explained in Leading Complex Projects (John Wiley & Sons, April 2018).

Ed has spent 35+ years studying megaprojects at IPA and the Rand Corporation, analyzing the drivers of success and failure in capital projects, including very large, complex projects. His most recent studies include: “Controlling the Overestimation of Project Costs” (2017), “Business Project Strategy and Project Business Success” (2017), “Contracting for Engineering and Construction” (2015), “What’s Wrong With Risk Management?” (2014), “Why Project Systems Succeed or Fail—Looking Beyond Practices” (2012), “Why Large Projects Fail More Often” (2011), “Upstream Megaprojects Revisited: What’s The Problem?” (2010), and “Estimating Problems in Large and Complex Projects” (2009).

In 2012, the Association for the Advancement of Cost Engineering (AACE) awarded Ed its highest award, the AACE Award of Merit for outstanding service and meritorious accomplishments in the cost engineering profession. Ed also received the 2001 Engineering and Construction Contracting (ECC) Division Award for Outstanding Contributions to the Industry, and the 1998 Construction Industry Institute’s highest honor, the Carroll H. Dunn Award of Excellence.

He has testified before the United States Congress regarding cost overruns in major capital projects. He was a panel member for the analysis of project risks at the National Academy of Sciences/National Academy of Engineering. He has also been a Distinguished Lecturer for the Society of Petroleum Engineers (SPE), and was chosen to instruct a course entitled “Special Considerations in Multi-Billion Dollar Projects” for the Construction Industry Institute’s Executive Leadership Course at the McCombs School of Business, Austin, Texas. Ed has published articles in several journals including Petroleum Economist, Offshore, Upstream, Oil & Gas Facilities, Project Manager, Chemical Innovation, and Chemical Engineering.

Since its founding in 1987, Independent Project Analysis, Inc. (IPA) has rapidly evolved into the preeminent consultancy in project evaluation and in project system benchmarking, and has become the industry leader in the quantitative analysis of project management systems. IPA has one of the most extensive global and detailed capital projects databases available and conducts extensive research studies to identify the drivers of capital project success and failure.

Before he established IPA, Ed spent 14 years with the Rand Corporation, where he developed and directed Rand’s Energy Program and its Research Program for the Chemical Process Industries. At Rand, Ed researched projects in nuclear power, nuclear special materials, oil and gas, chemicals, and minerals processing.

After receiving degrees from Dartmouth College and Princeton University, Ed was an Assistant Professor at the University of California (UCLA), where he taught mathematical economic modeling and industrial organization for 4 years.